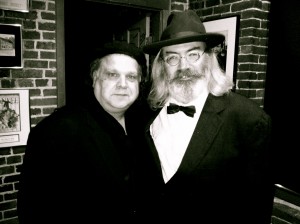 I wrote the YMB song a little while back when I thought Ron & Fez was ending and then when it didn’t I just kept it to post if the fateful day ever came. The YMB song is not a great song and it’s super short and kind of badly produced and it didn’t feel very meaningful to me yesterday when I uploaded it. But I didn’t want to be silent and I’d done it and so felt some obligation I guess. So this morning while I was driving my son to school I started singing a new song which sort of expressed my feelings about the show and about Ron in particular I suppose. A sort of thank you and an acknowledgement. My gratitude to him. Before R&F I’d been writing music and stories for a long long time and no one ever said a thing about anything I ever made. I didn’t have one of those teacher cheerleaders who funneled me along in the direction of glory etc. So much so that I hadn’t shared a story or song with anyone for years. I just wrote them and kept them. But there was something about the Ron & Fez show that made me feel like my odd brand of whatever might fly in some way. Ron just casts a net so wide that it doesn’t seem to have any visible edge or end point. It’s horizonal. He likes what he likes and it can come from wherever – but he does seem to especially like when people try to figure out their own way toward who they are, however awkward or bizarre. He likes people or artists who fall out of themselves no matter how awkwardly rather than the polished dude imitating the other polished dudes.

So really for me sending stuff in to Ron and my favorite radio show – and him liking it and playing it – marked a huge shift for me. Which then allowed other things to happen. I wouldn’t have written my two plays or done my Atoms Motion podcast. I wouldn’t be working in radio now. It all really goes back to Ron & Fez.

I don’t think I’m alone in that. I think a lot of the R&F fans found in the show a place where they felt some kind of acceptance they never felt before.

So this song, which I guess is the last R&F song I’ll ever write, is about that. The video is below and the song can be downloaded below that.

Feel free to download, but if you want to buy on iTunes you can here. 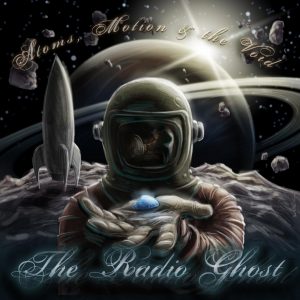